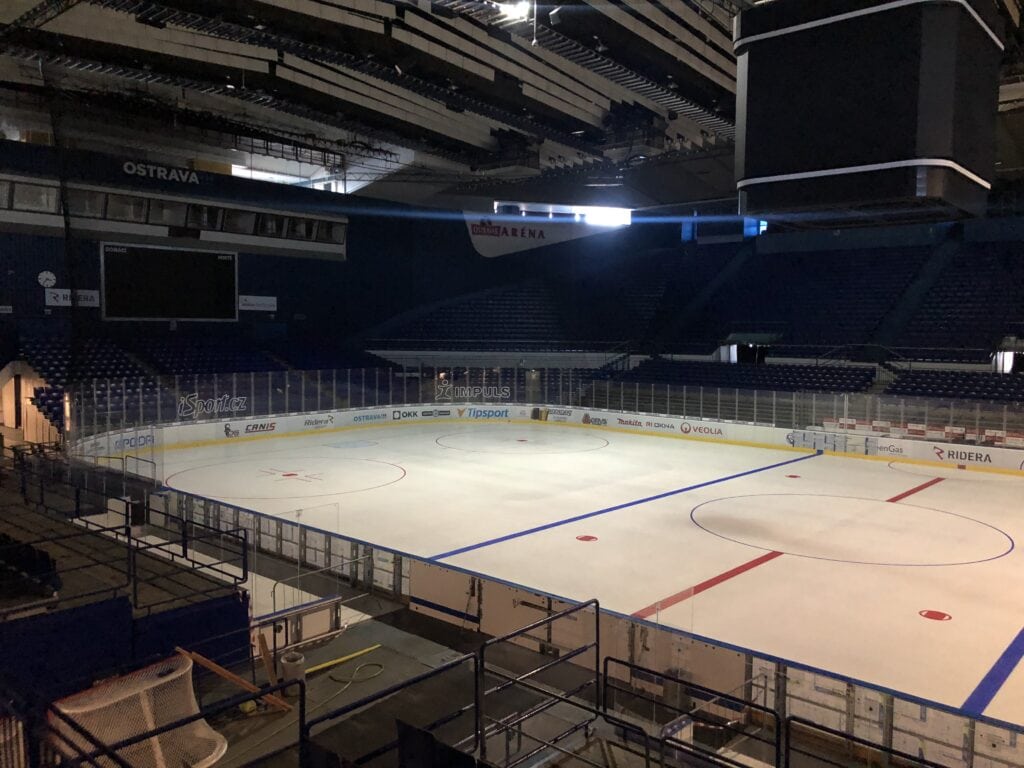 The transformation of the Ostravar Arena in full swing

Substitution benches, boards, ice, and changing room readjustments. The Ostravar Arena is undergoing a thorough transformation for the upcoming Ostrava 2021 World Para Ice Hockey Championships. Para ice hockey matches have their specifications and require several changes in the layout of the playing area and the background for individual teams. The technical staff of the arena has only a few days to adjust. The first team will be arriving in Ostrava this Sunday.

It took a total of two weeks for the Ostravar Arena to undergo all modifications. The arena manager of the Ostrava 2021 World Para Ice Hockey Championships, David Panoš, described, “In the first phase, of course, we had to adjust the substitution and penalty benches. At that time, we laid down the artificial ice and replaced the regular boards with transparent ones so that the players can constantly watch what’s happening on the ice.” Some stands are also specific as they are adapted for wheelchair users. Para ice hockey players don’t only use locker rooms before training and matches. They also use a special preparatory room near the ice rink, where they have their sledges and necessary equipment.

The championships place great emphasis on all hygienic measures. Besides disinfection stands, the organizers will also use ozone generators in the locker rooms of each team. In addition to thorough cleaning of all areas, they ensure air disinfection, which neutralizes microorganisms, including viruses and odors.

appearance of the arena. That will include the DJ stand, lighting, and sound preparation, as well as the so-called arena cabling, that’s needed for TV broadcasts, ” said David Panoš. The commentary station will also have to be modified. Robert Záruba will once again invite one para ice hockey player, so the space for live broadcasts will, of course, also have to be adapted for barrier-free access. The para ice hockey national team on-ice training begins on June 14 in the Ostravar Arena. The tournament starts on June 19, commencing with the Czech Republic and South Korea match at 12:00.

The Ostrava 2021 World Para Ice Hockey Championships takes place with the financial support of the Statutory City of Ostrava and the Moravian-Silesian Region.