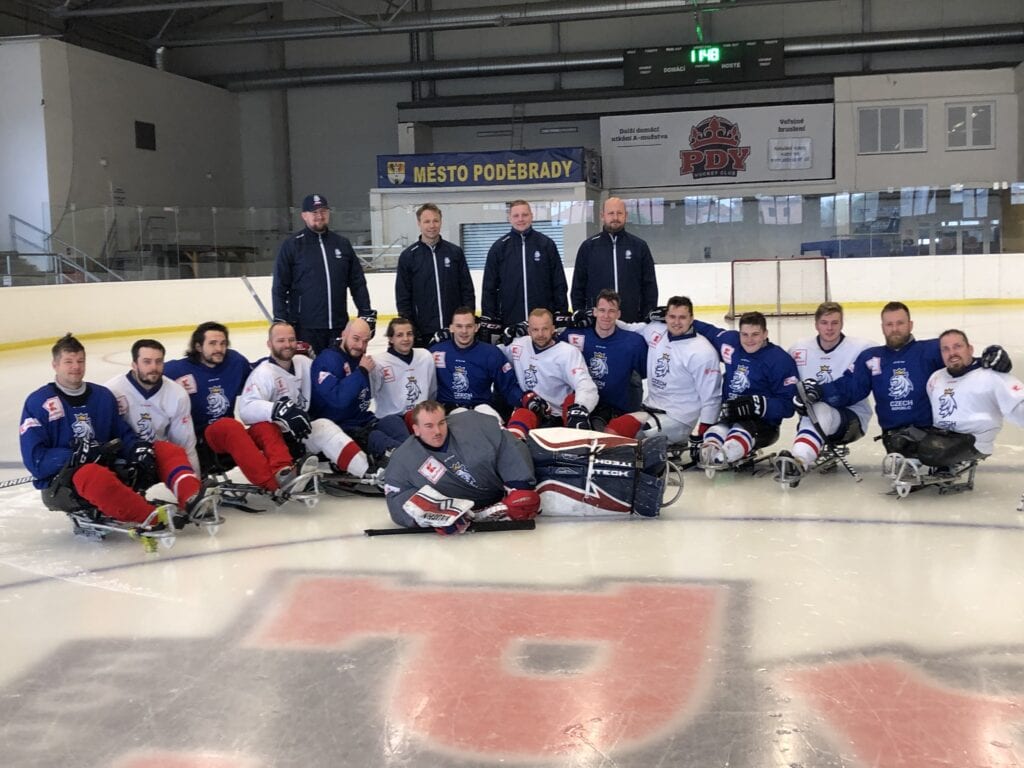 The national team is refining its form for the World Championships, still in Poděbrady

There are only five weeks left until the Ostrava 2021 Para Ice Hockey World Championships. All teams, including the Czechs, will meet at the designated location of the championships on June 14th. The coach of the representation has not yet published the final list of the Czech national team. At the Winter Stadium in Poděbrady, nineteen para ice hockey players are currently improving their form. However, coach Jiří Bříza can nominate only fifteen players on the roster.

In addition to the stable pillars of the team, young players will probably also be shortlisted. The para ice hockey team is undergoing a generational change. Thus, completely new names will appear on the list for the Ostrava championships, probably including sixteen-year-old Alex Ohar. “The age limit for international tournaments is just sixteen years, so we want to involve our young para ice hockey players in the team. Apart from Alex, of course, Václav Hečko or Radek Zelinka are also in the game, “said the coach of the Czech para ice hockey team Jiří Bříza during today’s open practice. However, the rapid progress of the new players is also motivated by the constant support of the national team. We seniors have to work even harder now, “said Zdeněk Krupička, the forward of the Czech para ice hockey team.

The national team is about to move soon

The Czech team will soon move to Ostrava, to the venue of the World Championships. In the meantime, however, the entire team is training at the Winter Stadium in Poděbrady. “It was very important that the city supported us, even though many stadiums had their ice rinks closed. Here, the whole team can prepare in adequate conditions for a long time,” added Jiří Šindler, head of Czech para ice hockey. “We are already negotiating with Czech hockey representatives about a long-term cooperation, at the moment there is talk that para ice hockey players would have the facilities here in Poděbrady, at least until the Paralympics” Jaroslav Červinka, the mayor of Poděbrady, promised.

The Czech para ice hockey team would still like to play at least one international friendly match before the Ostrava 2021 para ice hockey championships. “The training sessions are very intense now, and that’s just fine, but we can’t wait for the World Championships and we would really like to play already,” said Zdeněk Krupička. “The boys have been in training mode for an awfully long time and they need to, finally, touch their opponents, so to speak. So far, it looks like we could play a friendly match with Germany, ” Jiří Bříza, the coach of the national team, added.

A very difficult group awaits the Czech para ice hockey team at this year’s tournament. The first match will be played with South Korea. In other matches, the Czechs will face teams from the USA and Canada.