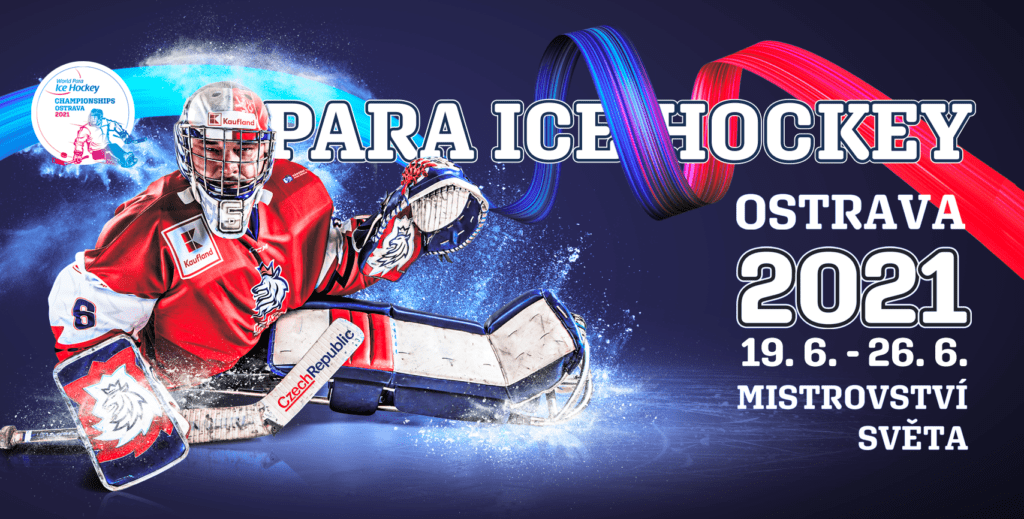 Despite the times! The preparations for the Para Ice Hockey Championships continue

The Ostrava 2021 World Para Ice Hockey Championships will take place this year in mid-June. The organizing team has been very busy at work for several months now. Organizing a safe and quality tournament is the priority. For potential spectators, but especially for the best para hockey players from all over the world! A lot is at stake this year! The championships in Ostrava is also a qualification tournament for the Beijing 2022 Winter Paralympic Games. All eyes are focusing on Ostrava.

Transport, accommodation, security, television broadcasting, communication, but also the possibility of fan participation during the championships. The organizers of the Ostrava 2021 World Para Ice Hockey Championships have quite a difficult task on their hands during the current situation with the coronavirus pandemic. “It isn’t easy to organize an event now, let alone a world-class event. However, we’re trying to think positively, and because we have a very experienced team of organizers, I am convinced that the tournament will be prepared as well as possible, “said Jiří Šindler, chairman of the Ostrava 2021 World Para Ice Hockey Championships’ organizing team. The organizers firmly believe that in mid-June, the Czech Republic will be in a visibly calmer situation and, for example, Ostrava will be able to host the first international tournament with spectators present in the arena. “Ostrava is a city of sports and will certainly cope with this difficult situation and it may even be one of the first introductions to a restarted social and sports life in our country,” added Jiří Šindler.

You can show support from the comfort of your TV screens

Of course, the tournament will be broadcast live again on Czech Television, but also online in our country and as well as abroad. “We don’t want to deprive para ice hockey fans of the championships. We know that they were the key element during the tournament in 2019 and we plan to give them the atmosphere of a top-quality para hockey tournament this year once again, “added Jiří Šindler on behalf of the organizing team. After all, not only Czech but all para hockey players deserve the attention. Thanks to the results of the Czech team from the championships in 2019, the Czech para ice hockey team has become one of the top four teams in the world and will be fighting against intimidating opponents at this year’s Ostrava championships. The opening Czech match of this year’s tournament should be played with South Korea, its medal rival from the 2019 World Championships. The exact schedule of the tournament will be published by the organizers in early May. A total of eight teams will compete in the championships.

Italy, Norway, Russia (under the flag outside the Russian Federation), Slovakia

Czechs and Slovaks together for the first time at the championships

The Czech paraice hockey team has become more professional since the championships in 2019 and is regularly training at camps in Poděbrady. The Slovak team joined the elite world group only at the end of 2019 when the Slovaks fought out their qualification to Ostrava for the championships during the group B World Championships in Berlin. The Slovak team takes preparation for the tournament, even in the current difficult conditions, very seriously. “Finally, the long wait is over due to pandemic measures, three weeks ago we got on the ice in Liptovský Mikuláš. We currently train three times a week online from home and twice a week on the ice. The mood in the team is very good so far, “said Miroslav Dráb, general manager of the Slovak para ice hockey team. In addition to Slovakia, the Russian team has also advanced to the elite tournament, however, it cannot represent the country under the national flag due to the doping stop.

The eight best para ice hockey teams in the world will compete in Ostrava from June, 19 to June, 26 2021 for the world champions title, but also for five advancing positions to the Beijing 2022 Winter Paralympic Games. The Ostrava 2021 World Para Ice Hockey  Championships will take place with the financial support of the Statutory City of Ostrava and the Moravian-Silesian Region.